At the 53rd National Final of the Bus Driver of the Year Competition in Blackpool yesterday (Sunday 1 September) there were 82 entrants from large and small operators - including two from Ireland - and Lothian Buses produced both the overall winner and fourth-placed finalist.

Adam Stitt from Lothian was crowned "UK Bus Driver of the Year", winning the BDoY Trophy and £1,500 sponsored by the Road Operators’ Safety Council, plus £1,500 from Unite the Union as well as being awarded the John Boxall Medallion as national champion (John founded Bus Driver of the Year in Coventry in 1967). A further £1,000 was awarded to Adam as highest-placed finalist from an ALBUM member company, and as best competitor from a depot in Scotland he received another £100 accompanied by the Joe Mackie Shield. He also recorded the best Theory Test result, picking-up a further £300 in prize money. All the trophies were presented by Andrew Braddock, retiring Vice Chairman of the BDoY governing body, who has been involved with the competition since 1972 when he organised the first local contest at the Bristol Omnibus Company.

Runner-up was Adam Ksiazek from First Aberdeen, who was Bus Driver of the Year in 2017, winning the BDoY Trophy and £1,500 and a further £1,000 as highest-placed finalist from a FirstGroup company. Adam also won £500 as best competitor from a company in membership of the Road Operators' Safety Council.

In third place was Amanda Hough from First Hampshire, Dorset & Berkshire, winning £1,000 with the BDoY Trophy plus a further £500 for being second-highest-placed finalist from a FirstGroup company and £100 as top driver from a depot in England, accompanied by the Giles Fearnley Shield. Stephen Wibden from Lothian Buses finished in overall fourth place, winning £750 plus the BDoY Trophy while Steven Williams from the Oxford Bus Company was fifth, picking-up a £500 prize with the BDoY Trophy and a further £1,000 as highest-placed Go-Ahead Group competitor.

Joe Mackie, Chairman of the UK Bus Driver of the Year Association, congratulated all the trophy winners and thanked the dedicated volunteers who make the competition possible and the industry sponsors for their generous financial support. 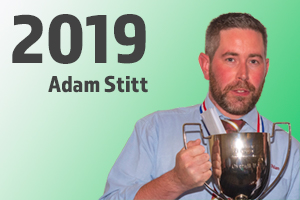 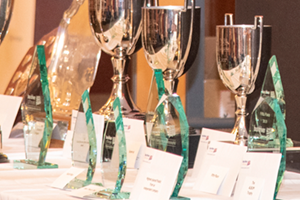